Showing posts from February, 2019
Show all

"I'm not crying because I'm on my period or anything. " Oscar 2019 for Best Documentary Short Subject - Period. End of Sentence - India 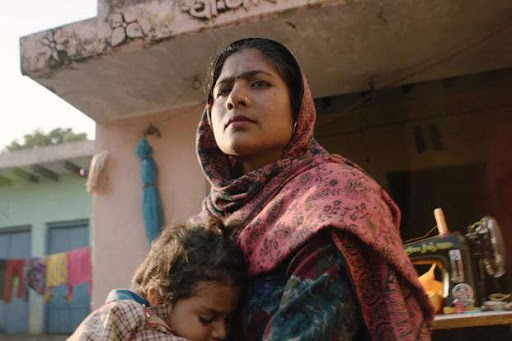 Period. End of Sentence., a documentary that tackles the stigma around menstruation in rural India, has won the Best Documentary Short Subject at the 91st Academy Awards. The film has been co-produced by Guneet Monga and directed by 25-year-old Rayka Zehtabchi.
© Hindustan Times Monga wrote after the Oscar winner on Twitter, “WE WON!!! To every girl on this earth... know that you are a goddess... if heavens are listening... look MA we put @sikhya on the map.” "I'm not crying because I'm on my period or anything. I can't believe a film on menstruation won an Oscar," Zehtabchi said in her acceptance speech. She also gave a nod to Monga. "Guneet Monga - know that you have been empowering women all over the world fight for menstrual equality," she added. Dedicating the award to her school, Berton said the project was born because her students in LA and people in India wanted to make a "human rights difference". "I share this award with the Fe…
Post a Comment
Read more 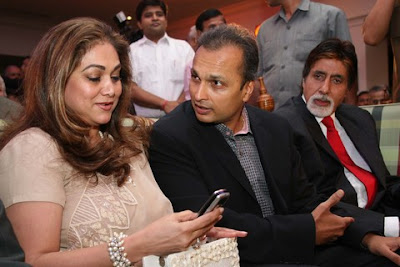 Reliance Communications (RCom) chairman Anil Ambani on Wednesday was found guilty of contempt by the Supreme Court over non-payment of Rs 550 crore due owed to Swedish telecom giant Ericsson. A bench of justices R F Nariman and Vineet Saharan asked Ambani to pay Rs 453 crore to Ericsson within four weeks and said he would face three months jail if its orders were not followed. The bench pronounced the verdict after Ericsson dragged Anil Ambani after RCom failed to clear its dues despite having given an undertaking, according to the petitioner’s counsel, to pay the amount. Senior advocate Dushyant Dave, representing Ericsson India in the case, had earlier invoked the Rafale deal to target Ambani during the hearing. “They have money for Rafale. Somebody who is getting involved in every conceivable project has no money to pay Rs 550 crore to us and honour this Court’s order”, the Counsel told the bench. Senior advocate Mukul Rohatgi, representing Anil Ambani, sought to counter this and sa…
Post a Comment
Read more 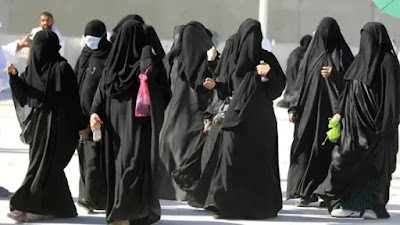 A Saudi mobile application that lets men track and restrict the movements of women in the kingdom has come under increased scrutiny this week with an American senator and rights groups urging Apple and Google to remove it from their platforms, accusing the technology giants of facilitating gender discrimination.

Saudi “guardianship laws” give women a legal status similar to that of minors in many areas of their lives. Every Saudi woman, regardless of age, has a male “guardian,” usually her father or husband, but sometimes her brother or son, who must give his permission for her to get a passport, have certain medical procedures or get married.

The app in question, called Absher, was launched in 2015 by the Saudi government. It allows men to manage the wome…
Post a Comment
Read more

Trump says you'd have to be able to 'climb Mt. Everest' to scale his wall "The wall is very very, on its way," he said. 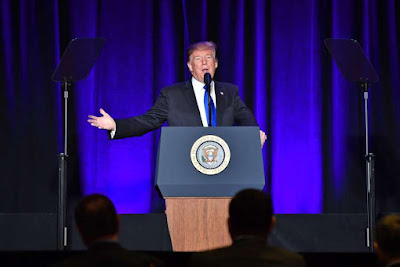 "As we review the new proposal from Congress, I can promise you this: I will never waver form my sacred duty to defend this nation and its people," Trump said in a speech to a conference of city and county sheriffs in Washington. "It’s a wall that people aren’t going through very easy. You’d have to be in extremely good shape to get over this one. They would be able to climb Mt. Everest a lot easier, I think."
"The wall is very very, on its way," he said. "It’s happening as we speak. We’re building as we speak in the most desperately needed areas. And It’s a big wall. It’s a strong wall."Trump has said that he will find a way to build the wall without new money from Congress, and his aides have considered various proposals to use existing federal authorities — including a possible declaration of a national emergency by the president — to free up cash and manpower for that effort.
But he has also said that he expects such a move would end up bein…
1 comment
Read more 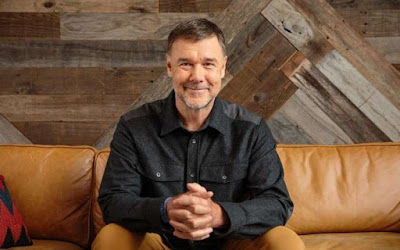 The CEO of REI resigned Monday, following an investigation that found he had not disclosed a personal relationship, the company said in a news release Tuesday.
An external law firm overseen by the company's board found that REI President and CEO Jerry Stritzke was in a personal and consensual relationship with the leader of an organization in the outdoor industry. He'll be leaving REI on March 15.
Eric Artz, REI chief operating officer, was announced as the interim CEO effective immediately. We will always be grateful for Jerry's drive, his many contributions to the co-op and the successes he and his team have made possible. The conclusions of the investigation, however, were clear. Errors of judgment were made and Jerry and the board agree that REI needs a new leader to take the co-op forward from its very strong position," REI Board Chair Steve Hooper said. "Eric is a seasoned leader and steward of REI. He is deeply committed to the purpose of the co-op and w…
Post a Comment
Read more

Most Beautiful Eyes - They say it all 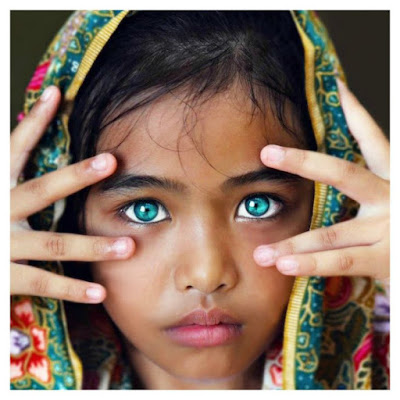 Eyes -
Eyes are organs of the visual system. They provide organisms with vision, the ability to receive and process visual detail, as well as enabling several photo response functions that are independent of vision. Eyes detect light and convert it into electro-chemical impulses in neurons. In higher organisms, the eye is a complex optical system which collects light from the surrounding environment, regulates its intensity through a diaphragm, focuses it through an adjustable assembly of lenses to form an image, converts this image into a set of electrical signals, and transmits these signals to the brain through complex neural pathways that connect the eye via the optic nerve to the visual cortex and other areas of the brain. Eyes with resolving power have come in ten fundamentally different forms, and 96% of animal species possess a complex optical system.

Most beautiful eyes
ABSOLUTELY STUNNING NATURAL EYES OF THIS INDIAN GIRL CREATES A WONDERFUL FEELING OF A SPRING SKY. THE DEPT…
Post a Comment
Read more

The best investment decision a business can make

Investing In Your Employees Is the Smartest Business Decision You Can Make
It’s one of those things that we all knew, but didn’t quite have enough data to paint a picture of: Most people are not happy at work. But, now we do, and the number is 85 percent. That’s how many people are dissatisfied with their jobs the world over, according to the "State of the Global Workplace" survey conducted by Gallup poll last year.
https://www.msn.com/en-us/money/smallbusiness/investing-in-your-employees-is-the-smartest-business-decision-you-can-make/ar-AAzl1bR?ocid=ABUSINV3P


While this in itself might be a depressing number, it points to almost $7 trillion in lost productivity the world over every year! Unfortunately the bad news doesn’t stop there. The true cost of replacing employees can be twice their base salaries depending on their wage, role and experience. The cost of replacing high performers who often deliver 400 percent more in productivity than their average counterpart can be hig…
Post a Comment
Read more
More posts